Sunseeker Motor Yachts Southampton FC. Sunseeker International the award winning luxury yacht builder recently announced the following “Sunseeker International are delighted to announce they have become an official partner of local premiership football team Southampton FC.  Sunseeker will be supporting the Saints’ journey in the highly competitive Barclays Premier League for at least the next 3 seasons.  The agreement includes Sunseeker branding on the clubs newly-installed luxury dugout seats, which fans got their first look at during Saturdays game against Wigan Athletic. As well as on the interview boards which ensure the global television audience the premiership attracts gain exposure to the famous Sunseeker brand”.

The following comments were made by the respective parties:-

Nicola Cortese, Executive Chairman of Southampton Football Club, said: “I believe that our new partnership with Sunseeker is based on a set of shared values and beliefs.

“Both companies strive to achieve the very best, and are constantly seeking to cross boundaries into fresh territory.

“I am very much looking forward to working alongside Sunseeker over the next three years during what promises to be an exciting period for Southampton Football Club.”

Sunny Thakrar, Finance Director of Sunseeker International added “This partnership gives us the opportunity to further the awareness of our brand to the global audience that the premiership attracts.”

“Southampton Football Club was a natural choice for us given their South Coast location coupled with their promotion at the end of last season. We are very pleased to be a partner and look forward to hosting our distributors and clients from around the world at St Marys.”

Solent Marine Events are a premier events company since 2000. We specialise in Sunseeker Motor Yachts for corporate events and private parties. 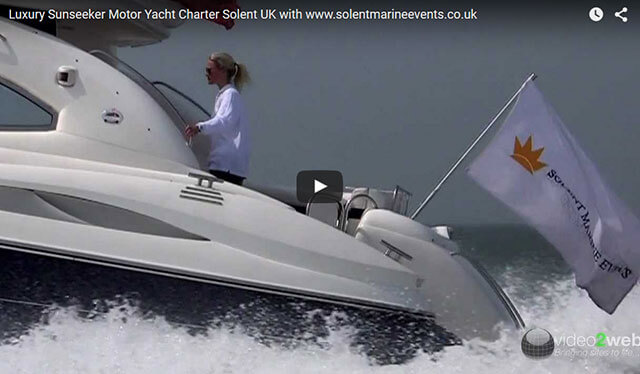 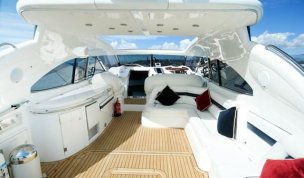